Two cubs of Ussuri tigers were born on July 5, 2021 in the afternoon. The female Altaica is taking care of the cubs. At first she had them covered with bedding made of woody wool, so the kittens were not easy to see and the keepers could not even estimate how many there were. After a few days, the female moved the litter in the birthing box and the camera clearly showed that there were two of them. The kittens are thriving, starting to move around more and have their eyes open. It is not yet possible to tell the sex of the cubs because the keepers do not want to disturb the mother unnecessarily. The cubs can only be monitored by a camera placed in the birthing box.

Visitors will not be able to see the tigers or their mother for at least two months. We can't show them to photographers either, so as not to disturb them. For now, Altaica and her cubs will spend time in the back of the exhibition. When they will be allowed into the enclosure will be announced to the public in due course. 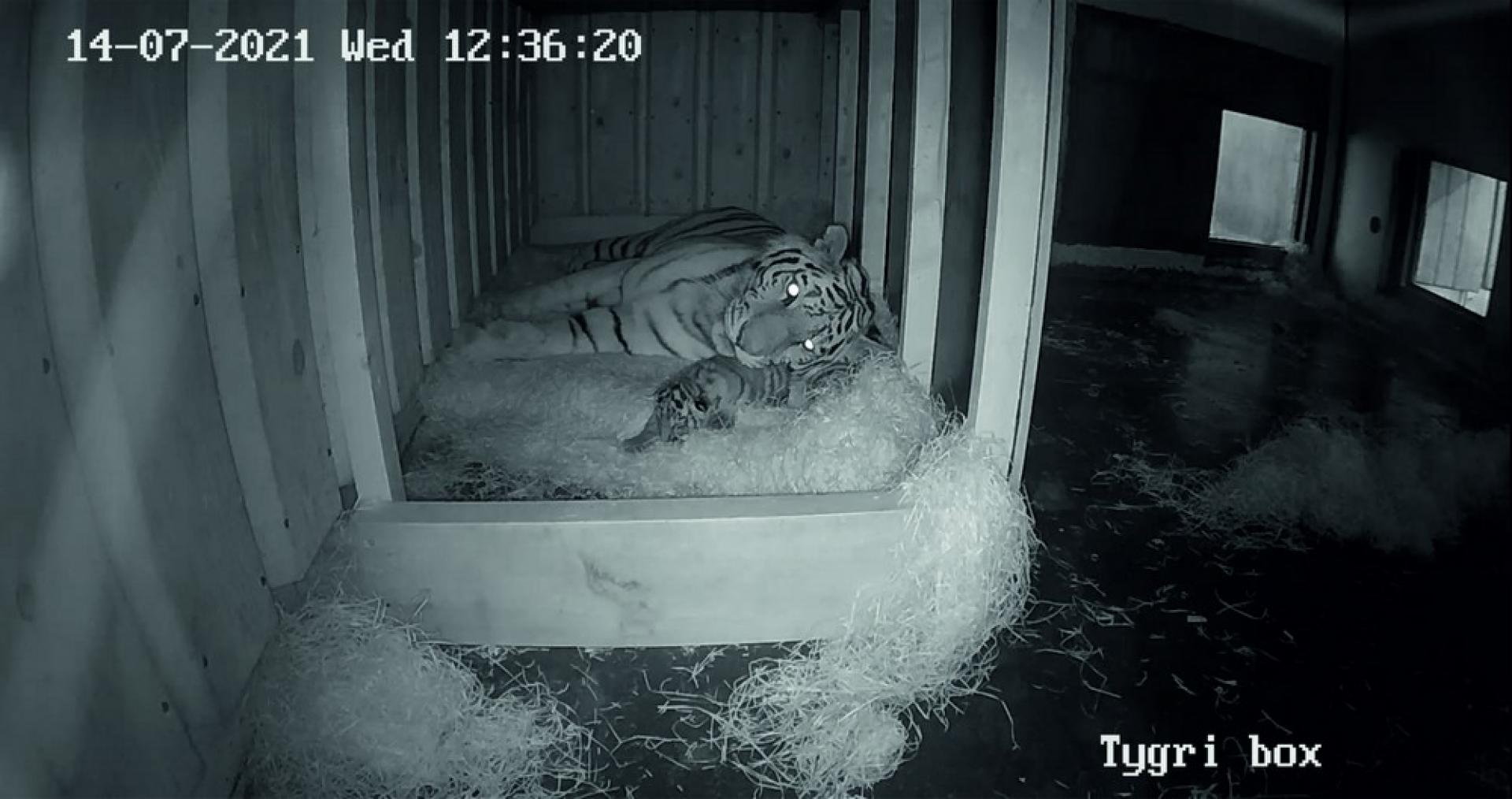